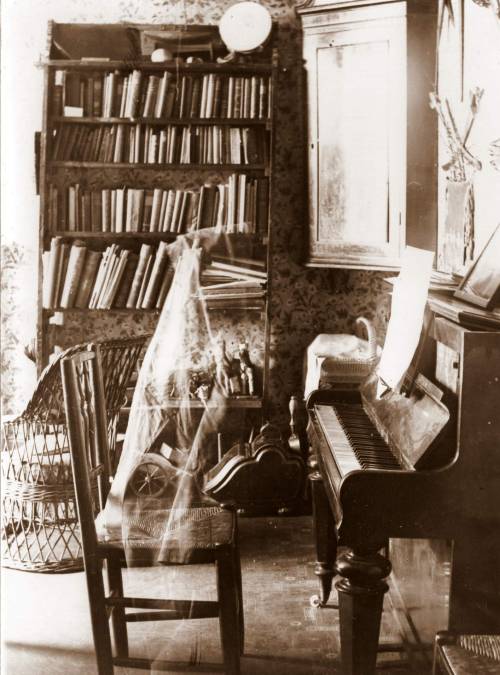 A Note on Race and this Study

1. This study draws primarily on the experiences of and information about white women. There are several reasons for this. The first of these is the institutional racism present in the historiographies of the United States. Just as the hierarchies of historiography have traditionally privileged historical records documenting men’s work and lives over women’s, they privilege the work and lives of white women over those of women of color. Despite the efforts of archives to preserve the documents of black, Asian, Latinx, Native American, and other communities of color, the fact remains that primary source materials in the cultural history of the United States are overwhelmingly those of white people. Thus, while scholars have digital and physical access to both large and small white newspapers from all over the country, for example, we have only limited access to even the most important black newspapers. There is even less archival material related to spiritualism or photoplaying in Asian, Latinx, or Native American communities. Roma and Sinti women, often portrayed in popular media as dishonest fortune-tellers or psychics, make no obvious appearances in the primary or secondary sources regarding cinema musicians or spirit mediums, perhaps due to the insular and often itinerant natures of these communities. Likewise, I have found no references to female practitioners of vodun and santeria among extant accounts of spiritualists or film accompanists. However, I am always seeking contemporary accounts of women of color who performed as mediums or as cinema musicians, and I ask that readers contact me with resources and suggestions for locating further information. Census records, often an excellent source of information about occupational training and employment, include more detailed and correct information on white residents of the United States than those of color (Shryock and Siegel 1980, 262), and other government sources have only very limited materials documenting the lives of people of color. The National Archives only began to collate information on its holdings regarding black Americans in 1947, and has been woefully underfunded (Hill, Jr. 2016). The multiple diasporas of people of color, such as the Great Migration, which took place between 1916 and 1970, caused the displacement and loss of many records and histories.

2. Cultural differences also account for the disparity between whites and people of color in spirit mediumship and cinema accompaniment. Women of color were relatively rare as spirit mediums during this time period outside of hoodoo practitioners. Elizabeth Pérez, whose work tracks unique cultures of religious hybridity in Afro-Cuban religions that allow for spirit communication, notes that for many black Americans whose religious upbringing was Christian, spirit mediumship was a direct contradiction to Biblical edicts. (Pérez 2011) This is not to say that there were no black female mediums. Hoping to revive earlier, short-lived black spiritualist movements and to take advantage of renewed interest in the religion in the 1910s, medium Leafy Anderson founded the Eternal Life Christian Spiritualist Association in 1913. (E. S. Clark 2016, 5) Anderson’s activities led to the development of the spiritual church movement, in which precepts of spiritualism, black Baptist and Pentecostal worship practices, and Catholic tenets, such as the belief in and praying to saints, are all used. Facing institutional racism from the National Spiritualist Association of Churches in the 1920s, however, the black spiritualist movement splintered into various factions and dissolved; today only about a dozen black spiritualist churches are in operation, most founded after 1930. (Baer and Singer 2002, 194) Where contact with the spirits was sanctioned in religion, such as in hoodoo or Obeah practices, there is a considerable musical tradition, but it does not intersect, as far as I have found, with music to signify the occult in film of the silent period.

3. Political ideologies also contributed to discouraging women of color—black women in particular—from becoming professional cinema musicians. The philosophy of “racial uplift” was omnipresent in black communities during the time period considered here, and as Kevin K. Gaines has written, this ideology meant that that simply matching the artistic successes of whites was not enough for Americans of color to be considered equals: they had to be better. (Gaines 2012, 13) Playing for the pictures was a reputable and desirable job for white women, but black musicians—both men and women—were taught to aim for more traditionally elite careers in their musical ambitions. W. E. B. DuBois’s periodical The Crisis continually championed black composers and performers of art music and heralded their successes in its “Uplift” section, which was dedicated to demonstrating the value of black America as a whole through the work of educated blacks. DuBois specifically highlighted the ways in which black musicians received more effusive critical praise, were contracted for or programmed on more performances, or were otherwise more successful than their white colleagues. Managers of black composers and musicians worked tirelessly to promote their clients and book them into concert venues that could house mixed-race audiences, frequently sending them to Europe, where black musicians like pianist Helen Hagan were given positive receptions they would not have experienced in much of the United States. American musicians of color adopted and advocated for music composed by Europeans of color, creating considerable transatlantic support for composers Samuel Coleridge Taylor and Amanda Aldridge.

4. Because of the much higher value the black community placed on concert performance, black American musicians did not generally view playing in the cinema as a profession of status for women. A report in the Crisis  from January 1911 decried the conditions that forced a woman who was a recent graduate from the Chicago Conservatory of Music to take a job playing “in a low concert hall in one of the worst sections of the city, from 8 in the evening till 4 in the morning” for just $18 a week, when other female musicians of color were touring in Europe and making recordings. (“Employment” 1911, 24) In comparison, a church organist could reasonably to make $500 a year for playing services only, and up to $1200 a year if they also taught music at the church or directed the choir. (“Church and Parish” 1909, 639) The Chicago Defender, a leading black newspaper, also stressed the greater significance of concert appearances and performances of classical music over those of cinema musicians or those performing in vernacular traditions. It was not until the very end of the silent era in 1927 that the Defender’s music critic began discussing musical accompaniment for film as an acceptable form of employment in music for men and a legitimate topic of discussion for readers interested in the arts. (Peyton 1927)

5. The fact that black women do not seem to have worked as photoplayers as frequently as white women did could also stem from the fact that in much of the country, cinemas there were far more white-owned and –operated theaters than those owned and/or operated by blacks. These white-managed cinemas hired white musicians and, while they allowed black audiences, they kept audiences segregated by relegating people of color to the balcony. Black vaudeville houses began showing films in the 1910s, where the house musicians, usually all-male bands, accompanied them. In addition, black cinemas were often the targets of community and competitor discrimination and more extreme forms of mistreatment. In 1914, the Crisis wrote that despite the outstanding new theaters being built for black audiences in black communities, they were not always safe places. “A crowd of two hundred white men wrecked a moving picture house for colored people in Jackson, Miss.,” reported the journal. “They ran the ticket seller out of the office, cut the wires, disconnected the moving picture apparatus and locked the doors.” (“A crowd” 1914, 168) Events like this were not uncommon, and as a result, cinema employment became viewed as potentially too dangerous for women of color.

6. Documentation suggests that black cinemas employed individual men as pianists or organists and men and boys’ bands to accompany films. These bands, many of them developed out of the male confraternities that were active in the late nineteenth and early twentieth centuries in black communities, consisted of players from a wide range of musical training and aptitude. These confraternity bands—which might be a brass band with vocal soloists one day and an ensemble of singers with a pianist the next, depending on the event—performed for weddings, funerals, cotillions, parades, charity fundraisers, and in the theaters. Although many of the musicians in the confraternity bands and the groups that came out of them remained amateurs, those with talent and drive became professionals. These gigging musicians performed throughout the Midwest in ensembles of three to eight players, providing music for black cinemas, sometimes alternating parts of a screening with professional male pianists or organists. All-male military bands also participated in community music-making, including playing for the cinemas. Chicago’s Eighth Regiment Band, comprised of soldiers in Illinois’ African-American military regiment, made itself available for engagements in the movie theaters, at dances, and other gatherings, and members of the regiment bands formed independent ensembles to play for the pictures as well.

Hill, Jr., Walter B. 2016. “Institutions of Memory and the Documentation of African Americans in Federal Records.” National Archives. August 15, 2016. https://www.archives.gov/publications/prologue/1997/summer/institutions-of-memory.html.

Shryock, Henry S., and Jacob S. Siegel. 1980. The Methods and Materials of Demography. U.S. Department of Commerce, Bureau of the Census.

This site is part of Humanities Commons. Explore other sites on this network or register to build your own.
Terms of ServicePrivacy PolicyGuidelines for Participation
Skip to toolbar